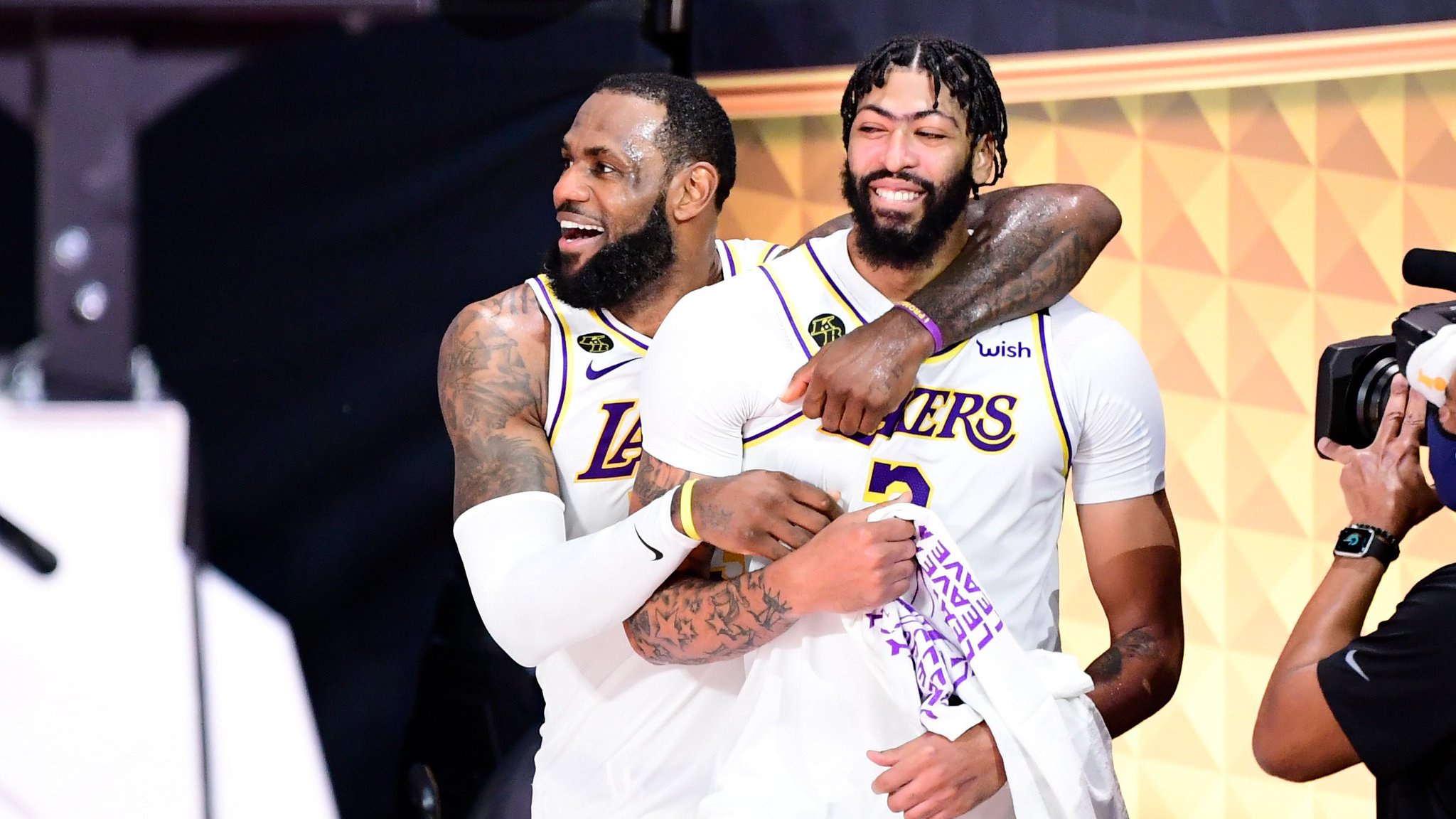 Tiger Fight, October 12 In the sixth game of the finals that ended today, the Lakers defeated the Heat 106-93, and the series won the championship with a 4-2 score. After the game, Lakers forward Anthony Davis was interviewed.

Speaking of him and his teammate LeBron James hugging the sidelines to celebrate the championship before the end of the game, Davis said: "I didn't think about anything at the time. I was just emotional. About 25 seconds left in the game. In fact, When I was substituted, I started to feel it. About 25 seconds left, that feeling became reality. I was only 25 seconds away from the championship. I was emotional. This is what I experienced. The journey, my team, my organization-it all revolves around this championship. So I am really excited. He is teasing me,'You are too soft. Oh, you crying nose Baby.'I went to the back and there was a trophy drawn on the banner. I grabbed it. Then we walked back to the court. It was an incredible feeling and an exciting time for me."

When asked if his first call with James after being traded to the Lakers touched on the topic of championships, Davis said: "When I was first traded, we were just discussing how to figure out the team. We hope to be around People are able to compete for the championship. After the team is formed, we start to talk, we have a strong enough lineup to win the championship. After the first few games of the regular season, we started to find the state, defense and scoring Very good, we realize what a great team we are, and we have enough strength to become this year’s champions. Throughout the rematch period, he never let our morale rise too high, nor did he let our mentality down Too low. He just said, play well one game at a time. He knows what it takes to be on both sides, leading in the series, falling behind in the series, and then winning. So we can accomplish our task. Playing on the field and fighting against an amazing team allowed us to win this trophy. They never give up. They fight all the time. They are high-spirited. They are some fighters. We are just happy that we got everything done and we sacrificed. A lot, sacrificed more than three months here. We said we are here and we are in the quarantine area. Some people can’t see their families. We must make it all worthwhile. We did it tonight."