In the post-match interview with Huesca, Atletico coach Simeone believed that with the team's performance in the second half, they should have better results. 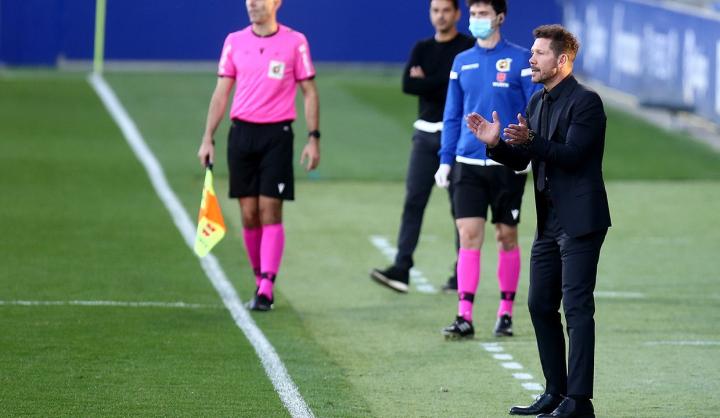 This was our second round of the league. We played well at the start, but later they improved their position and we couldn't press as before. We played against Granada in the second half. We had a lot of opportunities, but they did a good job defensively and resolved our chances. Their goalkeeper played well. The second half is what we should be, although we did not seize the opportunity.

No, I think the boys are doing very well and are eager to play. We use rotation to give everyone a chance to show themselves and become an important role in the team. The substitution took a step and achieved results, but if we didn't score, the game would slip from our hands and the opponent blocked us well.

During the 15 to 45 minutes of the game, our intentions for the game were different from the opening or the second half. During that time we lost the pass. I like the second half. We tried every way to score goals. They defended so well and the goalkeeper did a great job.

No, I try to get everyone involved. Players should be given opportunities to play. Everyone is important. Then we decide who plays more and who plays less.

As you can see, this is not the same as many draws last season. We tied because we did not score goals that opened the gap, but we are always looking for opportunities, which is different from other draws.

I've said it countless times that everything is possible before the transfer market closes. I have said countless times how I feel and how important I think he is to the team.

I'm not sure about anything, because anything can happen before October 4th, and in the football world, you should be open to any possibility. I will tell you my thoughts on October 4th.