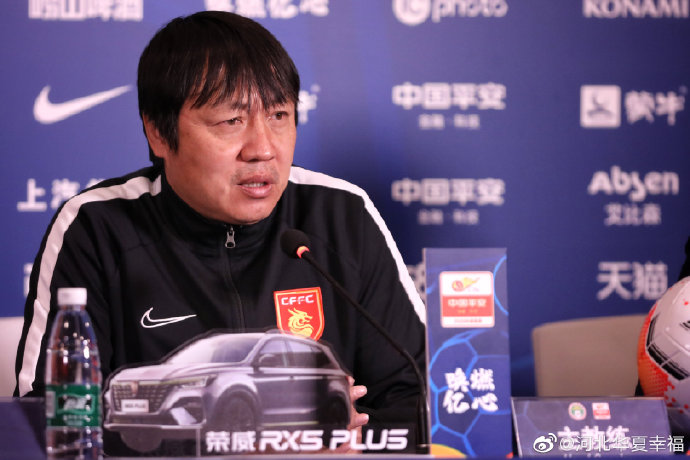 Xie Feng: Shandong team is a strong team in the Chinese Super League. The first round of the game against Guoan also played their due level, but it was slightly less luck. The Shandong team has some unique players and their physical fitness is very good. Especially in the first stage, the Shandong team did a very good defense, and it was also one of the teams conceded the least in the Super League. Our team did not enter the top four, and the mentality of the players will also be affected to a certain extent. I hope that the players will adjust their mentality as soon as possible and invest in the game. In the game against Evergrande, we still had some problems in defense, including the training of the past few days, which mainly focused on defense. After a few days of training, I hope we can change in defense. Tomorrow's game still requires players to defend well. In particular, players should reduce unnecessary mistakes in the midfield and backcourt, and the offense should be simple, reasonable and practical. We have won few games against Shandong in the past few years, and hope that this year we can change and win.

Xie Feng: Our team Zhang Chengdong is injured, including Dong Xuesheng and Feng Gang on loan. The next game will not change much in tactics. Some young players will be given more opportunities to play and let them exercise.

Xie Feng: Actually, in our first stage, everyone also saw these players in our game. Fortunately, our first stage includes no major injuries yet. In the last game, Yin Hongbo's calf had a slight reaction, but after treatment, including going to the hospital for color Doppler ultrasound, it was not very serious. Some old players have injuries, we will also rotate. Just now I also talked about giving some young players who have not participated in the Super League a chance to play.